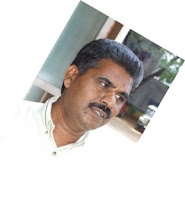 Translated by
Krishnamoorthy S
You may perhaps be the person who would join me for a drink today. I am very happy to have met you. But I do not see any arrangement for serving drinks. We have arrived at a wrong time. Of course this happens with people who are excited and restless.

The work of cleaning the chairs and tables is in progress. Their shine dazzles the eyes. It seems as if we have worn spectacles that magnify light manifold. They may become dirty and lose their purity in the course of tonight’s stumbling and tottering. The girl who squirts the cleaning liquid on the table looks out of place in this shop. Her irregular-shaped face is not one to attract attention. She may take some more time to complete this purity-ritual. Let us sit at one of the cleaned tables till then.

I shall ask you later what drink you would like to have. I just need some drink to dissolve myself in it; it does not matter what kind of drink it is. I need this to lose myself for a few hours and ensure my sleep with tightly closed eyes so that I may not be woken up by fearful dreams.

Who is going to serve us drinks? No girls, like the one who is cleaning the tables, have yet been appointed as waiters. The owner of this joint was speaking yesterday as if it was his cherished aim to have this managed only by girls. It is difficult to select suitable girls for this purpose. If you know of any girls with ability and enthusiasm for this work, you may recommend them to the owner.

The snowfall outside makes us shiver. I think that is only the fear of being dissolved or completely enveloped in the snow that has made me and you enter the pub.

Moments, which strive hard to lose themselves, make their appearance from time to time. So does the exhaustion in the course of searching for missing persons. This morning, I had gone to a government office in search of a friend of mine who is missing. The officer said that the file relating to my friend was completely lost. He said that there was no need for me to come again as the file was lost. He said that it was my duty to search for the missing file in addition to my search for my missing friend.

I used to meet my friend in the evenings at the petty shop owned by his father at the corner of the south street. Being a chain-smoker, he would be always having something lighted between his lips. I don’t like smoking. I do not understand what pleasure there is in smoking. My friend would say that one could feel the pleasure of nicotine when one inhales the smoke and fills one’s lungs with it. But to me to smoke is like keeping a piece of thin stick between one’s lips. Do you smoke? At midnight this pub would look as if it is enveloped in snow. It seems that lovers of drinks are mostly lovers of smoking also. If you like to smoke now, go ahead, I have no objection. Perhaps you favour only filter-cigarettes like my friend.


One evening I was little late in reaching the petty shop. The streets were almost empty, as most of the shops in the town had drawn their shutters. Only in that shop, rather unusually, a shutter-door was kept half-open

My friend was smoking his favorite cigarette. Tension has been created in the town as a petrol bomb had been thrown in some locality. He had not finished his cigarette when a military van which came there pulled him inside. I saw this as I was approaching the shop. I hurried and broke into a run to reach the van, but stopped short as if remembering military procedures. The speeding van became a dot at a distance and then disappeared.

My friend’s father was hurriedly closing the single open door. He was in a weepy mood. His trembling could not manage to lock the door properly. I took the bunch of keys from him and locked the door. He was on the point of crying loudly. He stammered out one word at a time.

“Let me go to the police station and find out what the matter is. They have perhaps taken him for some routine enquiry” I said.

“The times when people were taken to the police station are over. Nowadays the army is everywhere. We have to go to the army camp only. Let me also come.’

It was not easy to dissuade him from coming with me. You know how difficult it is to manage an old man who is nervous. I shook myself off from him and went to the army camp. The name of the camp was ‘Vasantam.’ There I told the soldier that I had come in search of a friend. It appeared that I could not get past the stiff demeanour of the soldier. He told me that all those that had been arrested recently had been put up in another camp named ‘Vasantam-2.’ The name ‘Vasantam’ tickled me. I felt like laughing loudly uttering ‘Vasantam, Vasantam.’ (Vasantam means the spring season.) The ‘Vasantam-2’ camp was fenced in by a thick row of soldiers. I could get in only in my fourth attempt.

At one stage they said that the army had not arrested any such person. They asked me to report him at the police station as missing. A file was opened in his name in a state government office also. It was a rare photograph that was pasted in this file. The photograph showed him wearing a rose in bloom on his shirt on which were printed the words “Towards Vasantam …” The background showed a hillside, bright green. My friend’s young wife had parted with the photograph as she was told that they required a photo of the person missing. She had given it knowing fully well that she would not get it back. If you were in her position you too would not have agreed to give it away. It was my friend’s wife’s favourite photograph.


When I met her once later and reminded her of that photograph she cried loudly. She said that the memory of her young husband would wake her up in the midst of sleep. Then she could not sleep and had to await the dawn, weeping. It was tragic that his face was slowly dissolving from her memory. She said that anyone who heard of this would think ill of her. When the heroines weep in our films the villain would say sarcastically that they look more beautiful when they cry. But when that young woman weeps narrating something about her husband, her face gets distorted and it pains one to see it. Have you enjoyed beautiful girls weeping or have you felt sorry for them…?

It is the lament of my friend’s mother that discourages me from visiting his house for some enquiry or information. She was affected with paralysis four years ago. Since then her face has become contorted. Two of her teeth at the corner of the mouth jut out of the lips. When she weeps her face would be distorted like the ugly howling of some animal. The cry she lets out beating her breasts would echo in the hills and cause more pain.

You may perhaps be familiar with the face of my friend’s father roaming the streets in search of his son, because he has wandered in all the streets. You might also have seen him searching - with sharp eyes, though he is old - for his son in the valley. While wandering in the dense forests of tall trees he would call his son’s name loudly in the midst of birdsong. If a human name is heard among the screeching and cooing of birds it may be my friend’s name, and the voice that calls the name may be his father’s.

Nowadays he opens his shop only rarely. He becomes agitated when policemen or soldiers buy things from the shop. Previously he would enquire about his son, sobbing. Nowadays he only looks at them silently, his lips trembling. The main reason for his nervousness may be the fact that the policemen and the soldiers buy only cigarettes mostly.

I have no objection to your smoking here. You are at liberty to smoke.

I too have often cried aloud at the height of intoxication thinking of my lost friend. I have also called his name loudly, wandering at the dead of night in streets where the army does not roam. Thousands of names, like my friend’s name, are floating in space. I think that the cries of their families are not much different from those of my friend’s family. There may even be some people known to you, who would be weeping beating their breasts for their missing family members. If you narrate their story it will be just a repeat of my story. People known to you may have been lost. Some may have been killed and thrown on the far-off streets. We may have no other information about some of them. It appears that it has become a routine matter of our lives to search for persons and missing files. If you think differently you may express your opinion freely.


We have reached the height of intoxication. Today it has become my great responsibility to escort you to your house. We may be able to totter to our destination even though the cold and the snow are very severe. We may proceed calling our friend’s name aloud. This would be a proper occasion to search for him.

I never imagined that you would slip so easily. Have you fallen down somewhere overcome by intoxication? … I cannot see you. Have you sunk or dissolved in the snow? … Anyhow, it appears that you too have been lost.

I feel somebody tugging at my shoulder. If it is some beautiful girl I shall be glad. Even if it be some prostitute, that too is a matter of consolation. I have sufficient money to share with her. But when I feel the strength of the hand that tightens on my shoulder, the thought occurs that it may belong to a soldier … I feel I am gradually becoming sober …
இடுகையிட்டது subra bharathi manian நேரம் முற்பகல் 10:27 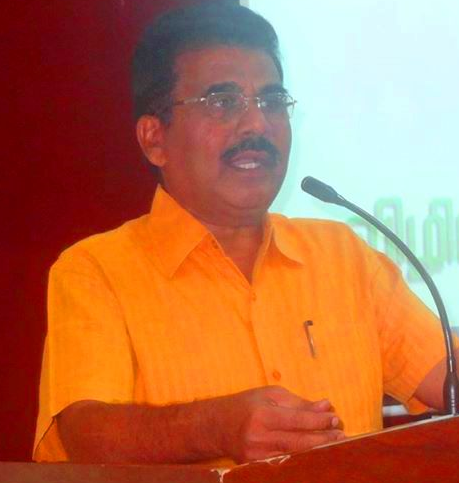